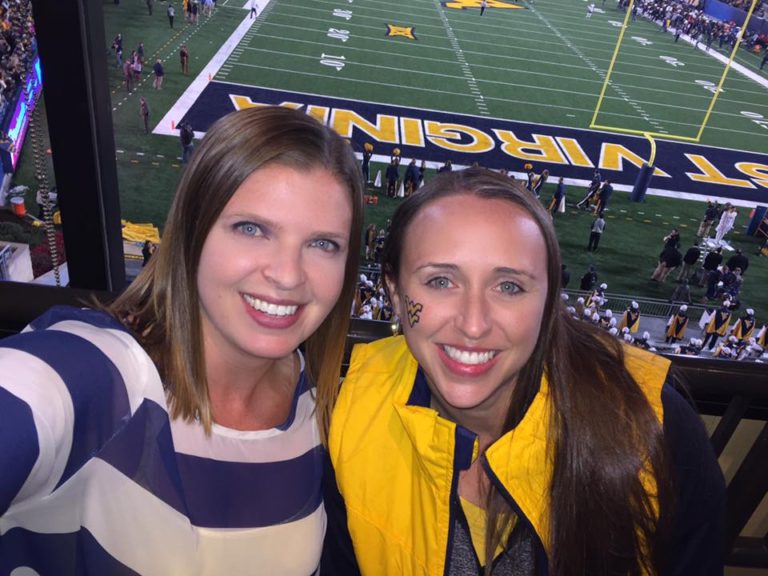 Mountaineer by Choice: Why My Ohio Zip Code Doesn’t Matter

“When I am dead and am opened, they will find West Virginia written on my heart.” -Robert C. Byrd

I don’t remember the first time I heard this quote, but it has always rung true with me—just like the idea that my blood really does run gold and blue. West Virginia is not just a state to me. It’s not a set of coordinates or a series of squiggly lines on a map. West Virginia is a mother, a sister, a friend. It is an organism that has invaded me—I live it and breathe it. When West Virginia succeeds, I celebrate. When West Virginia hurts, my pain is physical. When the national media, once again, makes a mockery of us, I bow my head, cover my face and swallow my bitterness.

Sometimes it’s hard to be a West Virginian and not feel bitter. Some days, it’s hard to hold my head up and remember that our best days are ahead of us.

For me, it’s even harder because now I live in Columbus, Ohio.

The last day I worked in West Virginia Executive magazine’s Charleston office before moving to Ohio, it was raining. As corny as it sounds, I was sure my Mountain Mama was crying with me over my impending departure. The next day, I bawled the first half hour of the drive to my new address—the kind of bawling that rocks your whole being, down to your soul. Every mile closer to Ohio was a mile farther away from home. I carried the guilt of a traitor as I followed I-77 out of the hills and into the flat fields of the Buckeye State.

I watch the way West Virginia suffers, and my guilt lingers—but not because I got out. I don’t see it as getting out. In fact, I am more mentally and emotionally invested in West Virginia now that I live out of state than I have ever been. Trading my West Virginia license plate for Ohio tags broke something in me, and when the pieces came back together, I found a new resolve to see my Mountain Mama succeed. Just because I don’t live in West Virginia anymore doesn’t mean I can’t care. To me, it means I have to care more.

My choice to leave West Virginia was not for a better job or because I got aggravated with state politics or had given up all hope. Mine was a life choice: I met an Ohio man and fell in love. When the time came for us to join households, the decision of who was going to give up their career—and their home—seemed simple. His industry didn’t offer the opportunities in West Virginia that existed in Ohio, but I could work remotely for West Virginia Executive, maintain my connection with the Mountain State and have a reason to return home on a regular basis. It wasn’t until the days following my move that I realized how big of a deal leaving West Virginia really was. For a long time after I moved to Ohio, I was mildly—and secretly—resentful toward this Midwest state that welcomed me without reservation. Despite its impressive skylines, unique geography, abundance of entertainment options and friendly people, I could only focus on what it was not: West Virginia.

In Ohio, I am not shy about my devotion to West Virginia. My car has a flying WV decal and a 304 bumper sticker, and my license plate is an abbreviated version of Mountain Mama. When I run errands or go to the grocery store, I try to remember to wear the flying WV. I want everyone here to know who I am: I am a Mountaineer. I have struggled with losing my identity as a West Virginian, and when people tell me I’m a Buckeye now, I don’t mean for my adamant denial to be offensive. It’s just not who I am.

It wasn’t long after I moved to Ohio that I realized I was staring opportunity in the face: I could be an ambassador for West Virginia. For many of my friends here in the Buckeye State, I am the only piece of West Virginia they will ever encounter. I want them to think of West Virginia and think of intelligent, proud, hard-working, selfless people. Of natural beauty and resilience. Of limitless opportunity. When it came time for me and my husband to plan our wedding, we decided on a destination wedding at Adventures on the Gorge in Fayetteville, WV, and we invited our Ohio friends. I wanted to share with them the West Virginia that is so much more than they know it to be. When an Ohio native pulled me aside at the reception and said, “Now I get why you love your state so much,” I felt like I had won one for the team.

West Virginia is by no means perfect. There are many days when I throw my hands up in frustration. When people talk about their struggle to stay, I understand their grief. What I want to say to them are not words of condolence, though, but words of encouragement to fight harder. I want to tell them our Mountain Mama is worth fighting for. To have faith, work hard and never give up, and in turn she won’t disappoint you. I imagine if I did say those things, they would tell me I don’t get an opinion because I left. Here’s the thing, though: just because someone moves out of state doesn’t mean their roots, heritage or passion cease to exist. When the floods hit last summer, I felt that tragedy in my marrow. I watched in horror as news reports showed the devastation. I grew up in Elkview, went to Herbert Hoover High School and stopped for ice cream at the Clendenin Dairy Queen on the way to my grandparents’ house too many Sundays to count. I scoured Facebook, following the reports of damage and death. I ached to get home and just be on West Virginia soil and see for myself that she was still there, that the mountains still stood. It took a few days for me to get back home, but when I drove through Sissonville toward Charleston, my heart soared. I know how goofy that sounds because these weren’t even strongly affected areas, but the relief I felt was overwhelming. Driving up I-79 toward Elkview and Clendenin, my body shook with sobs and grief as I passed the “Danger: Disaster Area Ahead” sign just before the Elkview exit. Seeing the growing pile of debris off the Clendenin exit was like ripping open an old wound. These were my people’s dreams. Their memories. Their treasures. All stacked in a soggy, brown pile at the park and ride. My people. My state. That mentality has never wavered.

In Columbus, I live and breathe West Virginia every single day. I fight the stereotypes, choosing to educate people on the great things about West Virginia rather than let another hillbilly joke slide. I dedicate my time and energy to a magazine whose mission is to promote West Virginia so I can play a role in moving the state forward. My purpose—my passion—in life is Wild and Wonderful and is by no means diminished just because it now lies two and a half hours southeast of me.

Moving home to West Virginia is not likely in the cards for me, at least not anytime soon. I could embrace any of Ohio’s industries and seek out new opportunities. I could trade my gold and blue for scarlet and gray and put West Virginia behind me, but West Virginia needs me. West Virginia needs all of us, no matter where we live. She gave us roots in strength and beauty and a spirit that rises above circumstance, and we owe it to her to keep fighting for her future. We owe it to ourselves to protect her.

I know it may seem silly, this love I have for a state. It’s emotionally charged, and it pushes me every day, even when we make the national news for something negative or stupid. I know the challenges we face. I know hope is in short supply. I’m tired, and I’m sure every other West Virginian is tired too. But I will keep doing what I can to push West Virginia toward success and prosperity. Our Mountain Mama has long been the underdog in the fight, and in my lifetime, I believe she’ll rise above, and then we’ll show everyone, everywhere, why we are all so proud to call her ours.

And on those days when it seems like it’s just too much, I pull up “Country Roads” on my iPhone and let the anthem remind me of why we fight, even when we don’t live there anymore. In moments like those, I can almost hear Tony Caridi’s passionate exclamation in my ear, reminding me, “It’s a great day to be a Mountaineer, wherever you may be!”